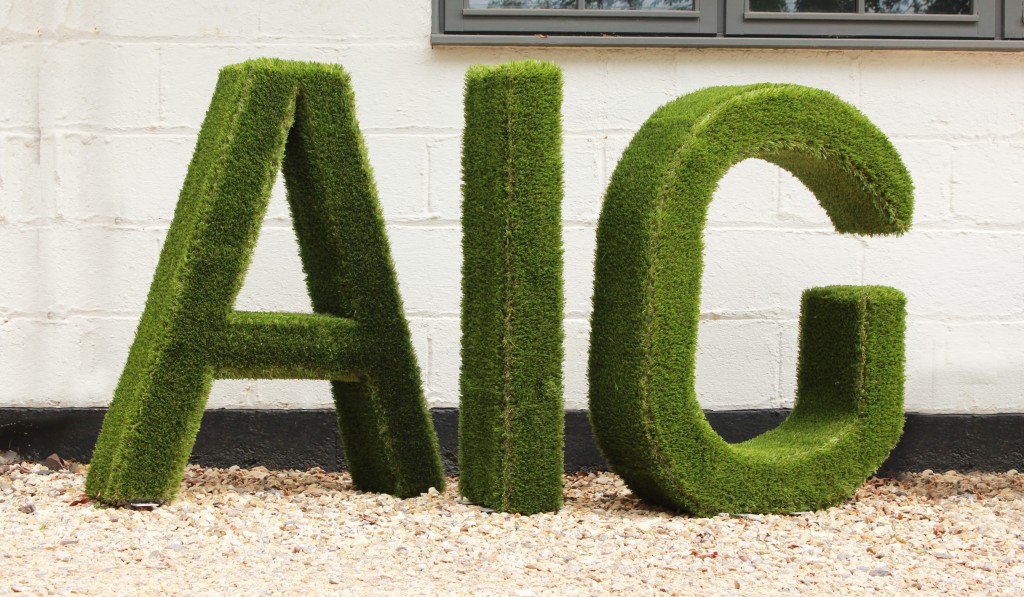 In the summer of 2019, IMG asked us to make some artificial topiary letters for the Womens’s British Open in Woburn. IMG is a global leader in sports, events, media and fashion  and manages some of the world’s greatest sports figures and fashion icons.

We had previously made some letters for the client three years prior, and they wished to commission three new letters so that they could spell out #AIGWBO. This was to highlight the new title sponsor: in 2019 the Women’s British Open was headlined by AIG for the first time.

We matched the font from the previous order, to make sure that the letters would look like a full set, using the same dimensions and material. 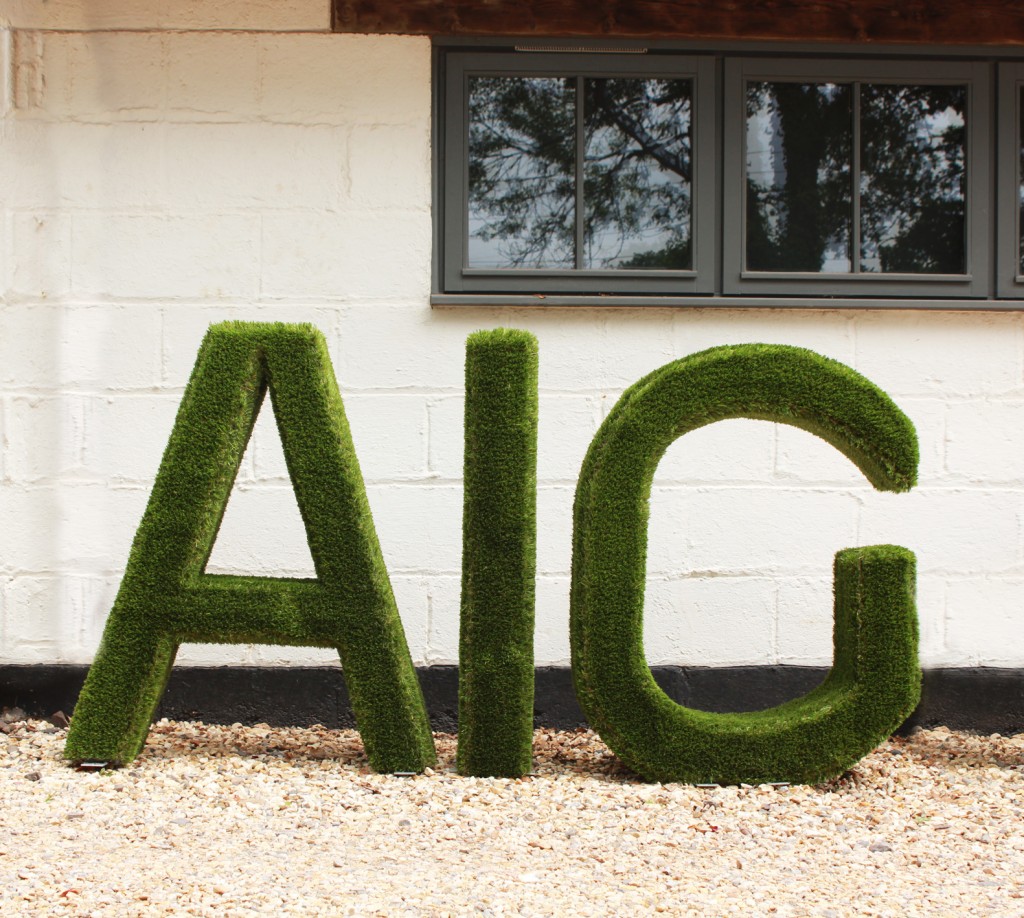 These letters were made from artificial grass, which matched the theme of the project – golf

The letters were placed onto a large platform. We had attached bolting points onto each piece, so they used these to fix each letter securely to the platform, before adding a layer of green felt.

The platform was built in a prominent place, so that it could be a big feature to the event and be used as a photo opportunity. 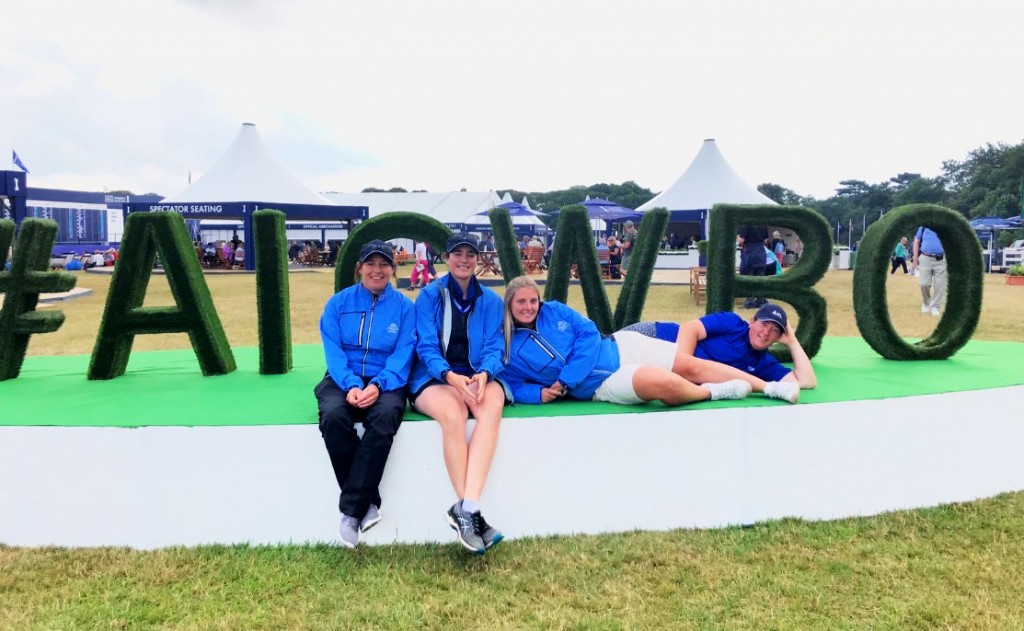 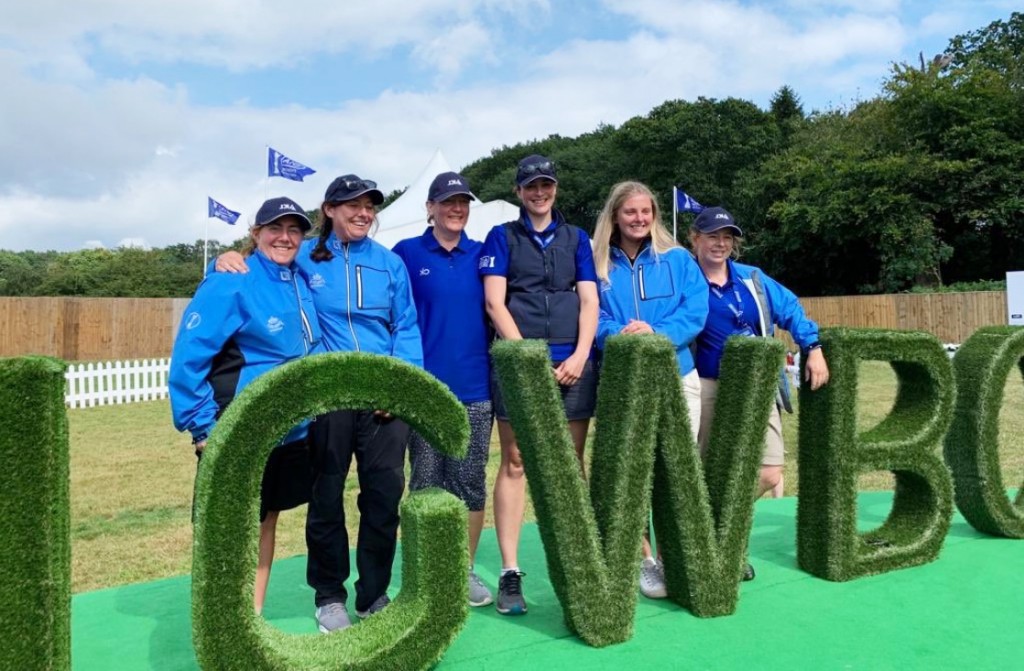 If your upcoming event could do with some topiary sculptures, please get in touch!