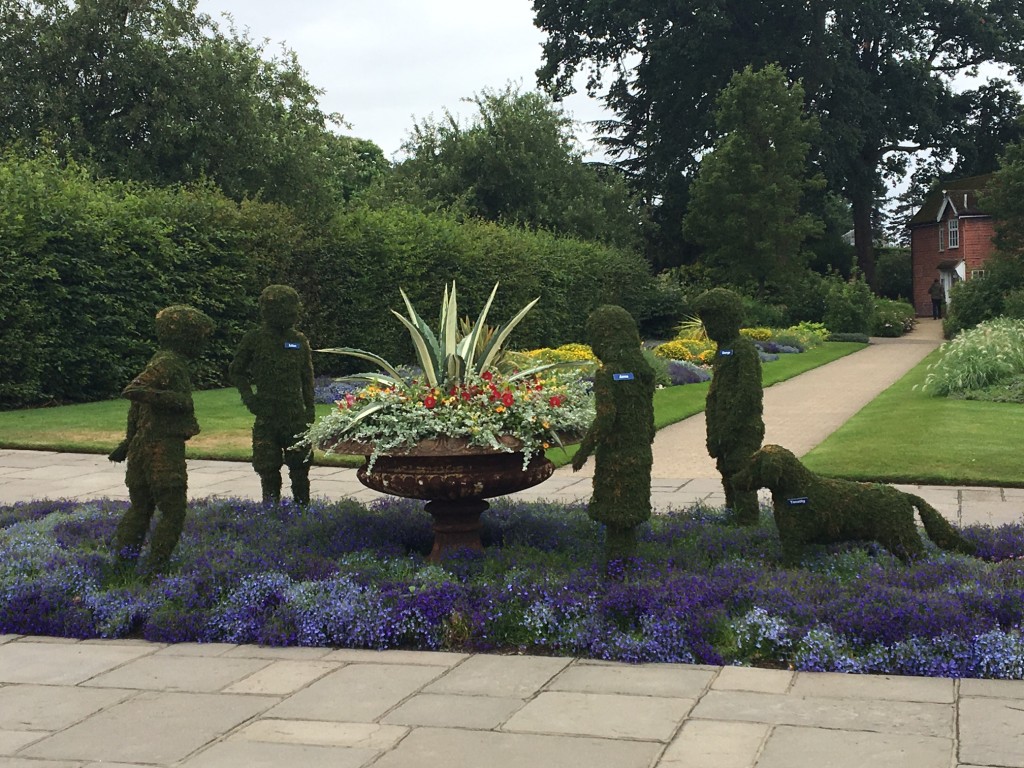 If much-loved children’s author Enid Blyton had still been alive she would have celebrated her 120th birthday last year with the cherry on the cake that it was also 75 years since her first ‘Famous Five’ book was published.

Blyton’s 21 books in the eponymous series have charmed and engaged generations of children. Those children often grew into adults inspired by Blyton with a love of the outdoors and a special interest in plants, wildlife and gardening. 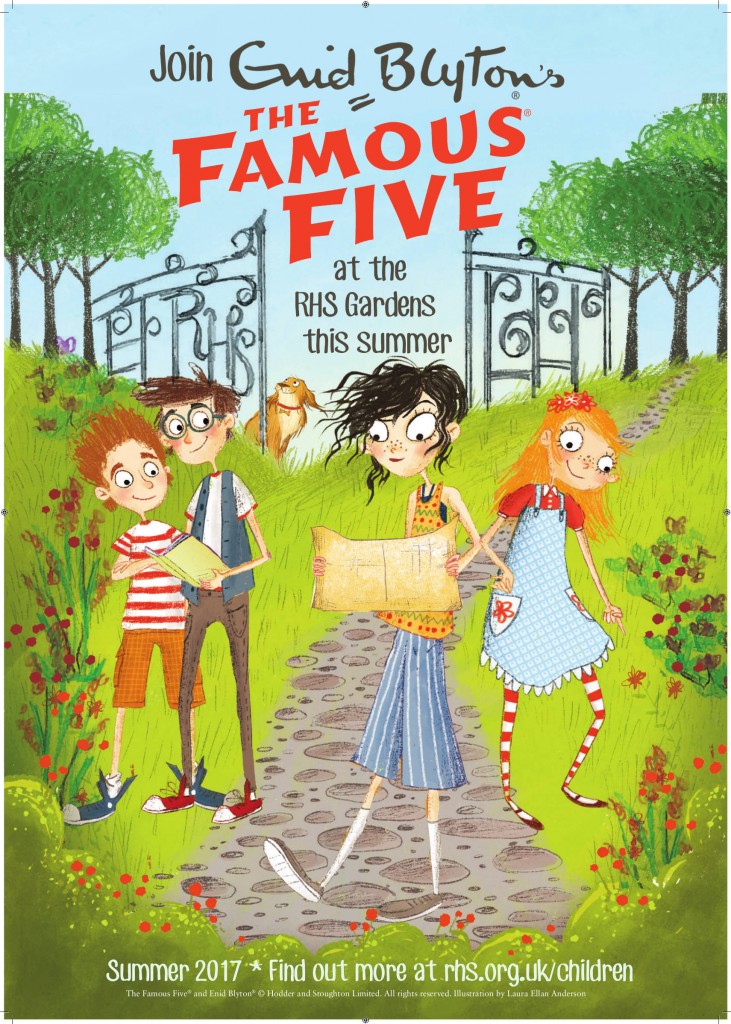 The Royal Horticultural Society (RHS) planned a fitting tribute to her this summer across all four of its beautiful gardens. Each garden devised a ‘Five Go on a Garden Adventure’ trail. A range of exciting events and activities was also devised involving exploring, den building, orienteering, bush craft, art, storytelling and story writing. The culmination of all the events in each garden was a mass picnic party on 11 August.

Having successfully worked with the RHS before, the organisers at the Wisley garden came to Agrumi when they decided to realise Blyton’s five main characters – Julian, Dick, Anne, George and Timmy the dog – in topiary. We worked closely together to design and fabricate the characters so that they retained key elements of the personality attributed to them by Blyton. Our plan was to ensure that each figure would be instantly recognisable to the author had she time travelled between the twentieth and twenty-first centuries. 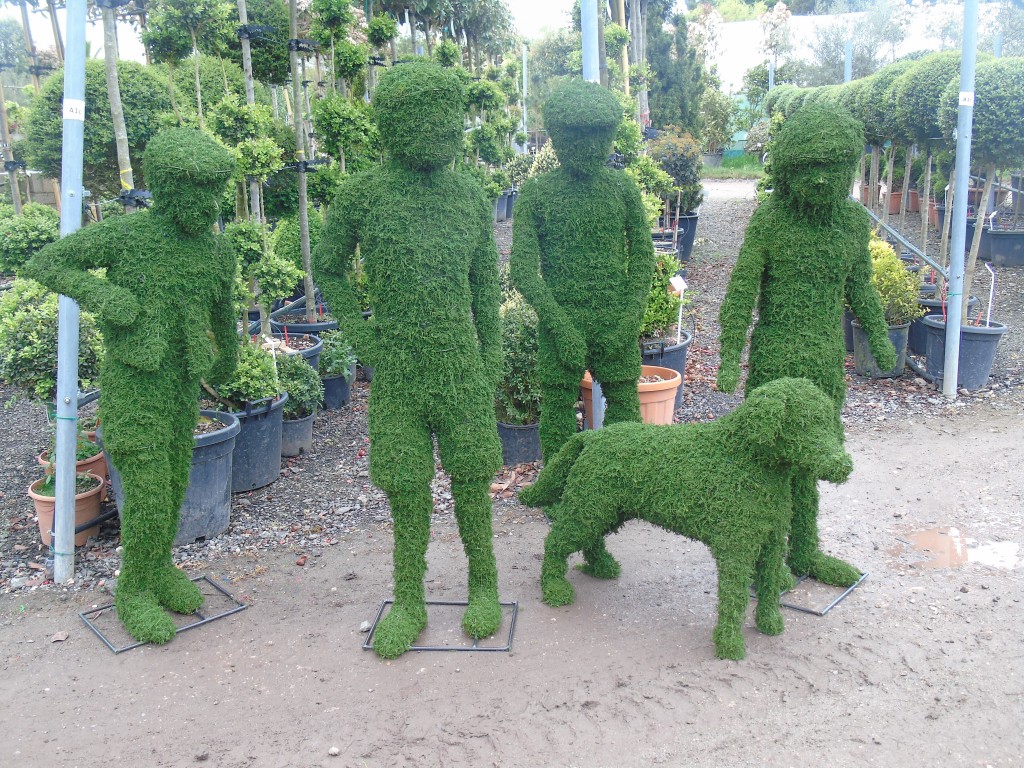 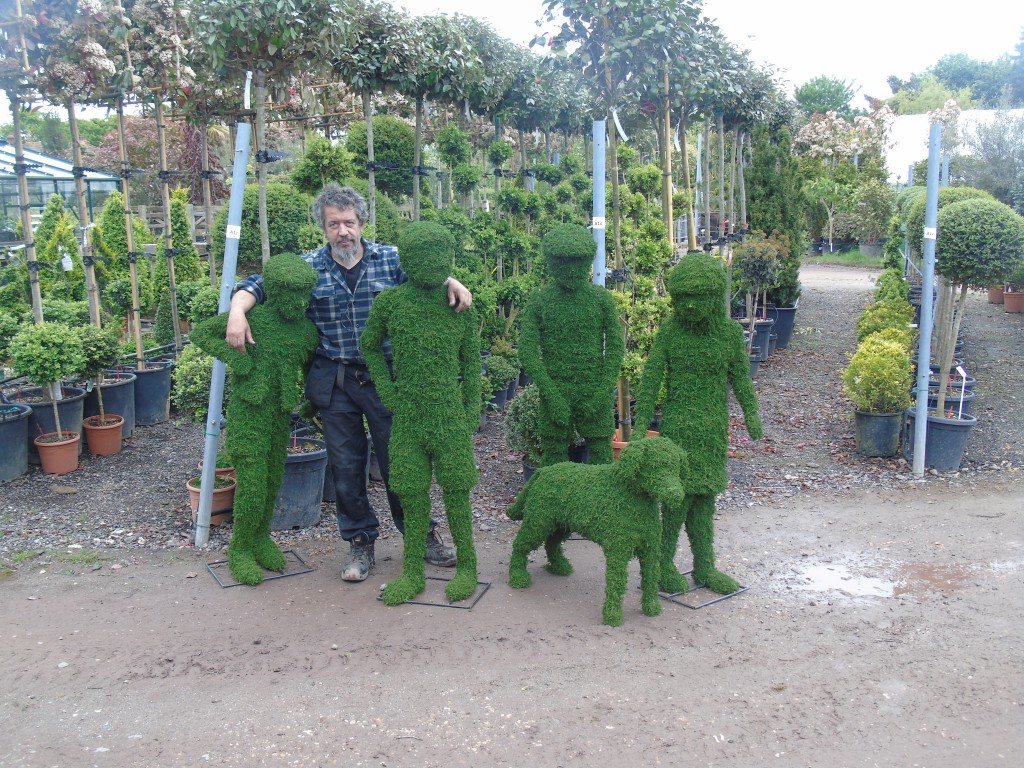 The photo shows how successful Agrumi’s Head topiarist has been in bringing Blyton’s characters to 3D life through wire and plants.

The Agrumi contribution to the RHS’s tribute was significant and a fitting ‘green’ homage to Blyton the environmentalist and champion of natural things.

If you need some topiary figures for your park or garden then get in touch with us.