The word ‘topiary’ is derived from the Latin word topiarius; meaning ‘landscape gardener’.

Topiary is the horticultural art of clipping and training shrubs or trees into ornamental shapes and sculptures. The resulting topiary shape can be as exotic and elaborate as desired; ranging from animal shapes and figures to a well trimmed hedge.

There are many different styles of topiary, each favoured by different regions of the world and at different times of history.

The most notable gardens, mazes and sculptures are discussed below. 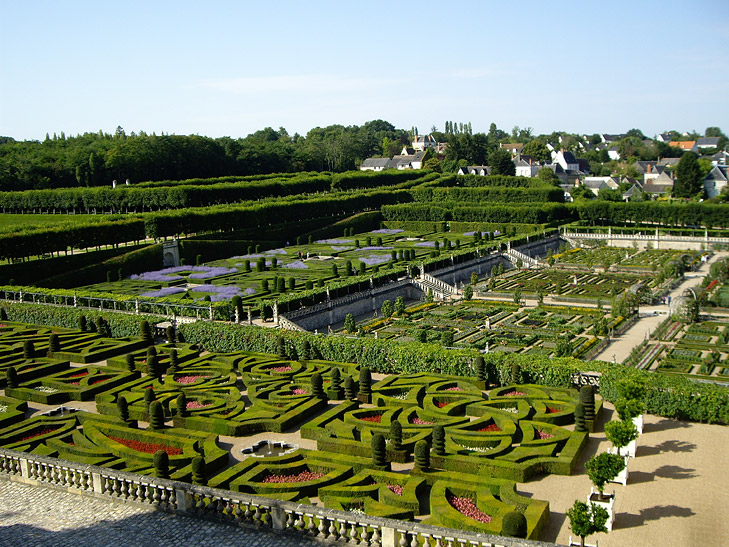 Traditional topiary again fills the squares of the parterre at the Château de Villandry, France.

This style of topiary became popular during the Italian Renaissance and influenced French gardens after the invasion of Italy by Charles VIII. Beautifully ornate, clipped hedges (often using Buxus Sempervirens, or Box) are laid out in symmetrical patterns, usually on a large scale. Gravel paths are often placed between the hedges with statues and plants in pots among them. As time went on the designs became more and more elaborate with colorful plants and flowers added for interest. 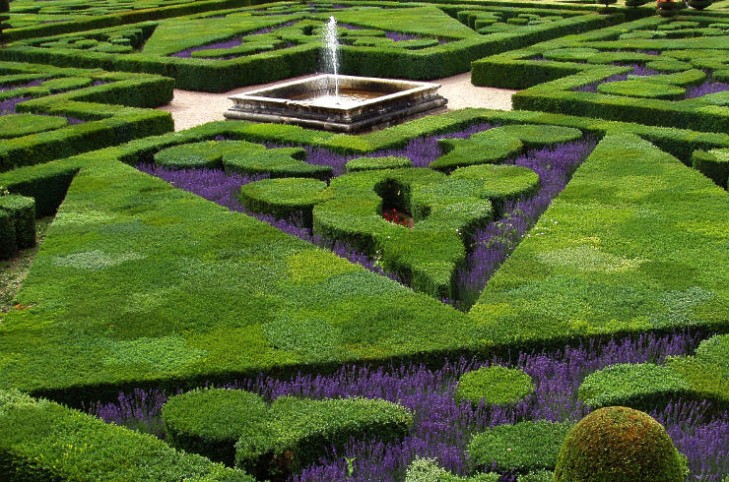 First established in England during the reign of Elizabeth I, these gardens again follow very formal designs with low hedges cut in criss-cross patterns literally resembling knots. Traditionally the hedges would be made from aromatic plants and culinary herbs. Today the hedges may be fashioned from Box (or similar) with gravel paths and aromatic plants and herbs in between. In this case they may be more accurately called Parterres.

In gardening terms, a maze is constructed from tall, clipped hedging and offers a branching puzzle to walk through with choices of path and direction. A labyrinth offers a single, non-branching path. The goal in each case is to reach the centre of the garden. Pleasure gardens with mazes and labyrinths evolved from the Parterre and Knot gardens of Renaissance Europe. The oldest surviving example in England was built for King William III in the late 17th century at Hampton Court Palace.

Topiary sculptures are a more modern development and most often consist of standard, geometric shapes like pyramids and spirals; however, the resurgence of topiary became a unique way to represent animals and figures, with its use in special displays such as at theme parks, festivals and promotional events across the globe. The shapes can be made by trimming a bushy shrub or tree down, or, by using a wire frame which can either be stuffed with moss or used as a pruning guide to grow plants around it. 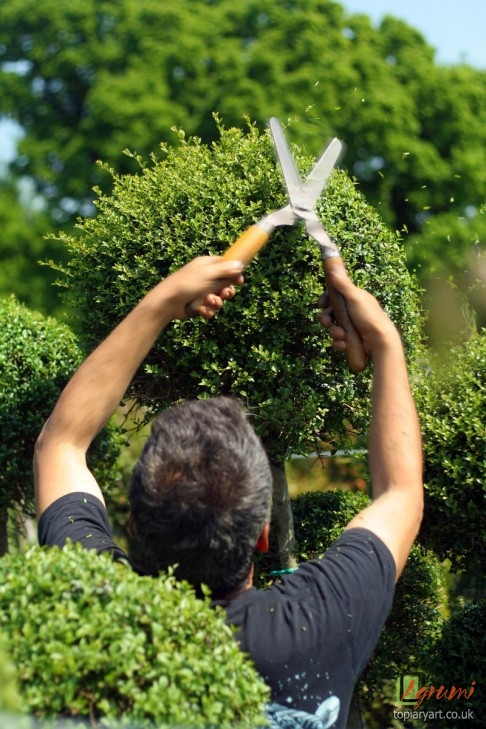 Origin: Roman times, around 44BC

Cnaeus Martius Calvinus, in the circle of Julius Caesar, is credited for introducing the very first topiary to Roman gardens, whilst Pliny the Younger, a magistrate of Ancient Rome, wrote letters describing the elaborate figures of animals, inscriptions, cyphers, and obelisks in clipped greens at his Tuscan villa. Miniature landscapes (topos) were also created within Roman houses and villas for the first time, forming an art called topiarius.

During the 1500s topiary was most commonly seen in the form of parterre and knot gardens belonging to wealthy families, as well as in simple cottage gardens on a smaller scale. Traditional topiary shapes such as balls, cubes, cones, spirals, and pyramids were also established at this time; these were used to form the vertical features within flat-patterned parterre gardens. During this early stage of topiary design, sculptural forms were provided by stone and lead sculptures. 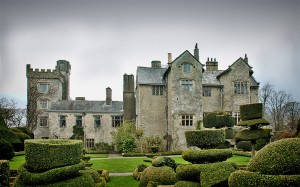 Levens Hall and Gardens, Cumbria, the finest, oldest and most extensive topiary garden in the world. Photo by Brian Clift

The fashion for more complicated topiary designs (in a Franco-Dutch style) spread to England around 1660 after having first been established in Holland. Levens Hall garden in Cumbria, England, is an example of a 17th century topiary garden, created by French gardener M. Beaumont in the 1690s. It is now recognised by the Guinness Book of Records as the oldest topiary garden in the world.

A satiric essay on “Verdant Sculpture” published by Alexander Pope in The Guardian in 1713 blew topiary out of fashion through mocking descriptions of unfinished sculptures and deformed figures heavily affected by the weather. In the 1720s and 1730s hedges, mazes, and topiary were cleared from aristocratic English gardens by prominent designers such as William Kent and Charles Bridgeman in favour of wilder, more natural-looking gardens. Topiary continued on a far smaller scale in cottage gardens, where traditional forms such as balls, cones, and the occasional peacock made impressive centre-pieces.

In the 1840s, the botanist and garden writer John Loudon expressed a sense of loss due to the removal of topiary from English gardens, and in the 1850s the grounds of Elvaston Castle in Derbyshire opened to public viewing, creating a sensation through its enclosed garden ‘rooms’ and gothic style. Within a few years architectural topiary was again back in fashion, followed by sculptural topiary in the 1870s. Popular gardening writer James Shirley Hibberd helped re-kindle England’s enthusiasm for topiary during the 1870s, by describing a plant sculpture as an expression of out ingenuity. English cottage-style gardens continued to be popular in the late 19th century, with the revival of topiary among roses and mixed herbaceous borders. Great Dixter house in Sussex is regarded as the epitome of English plantsmanship, sporting this stylised mix of topiary and ‘cottagey’ plantings.

In the mid-1900s topiarists began creating portable pieces – the new topiary – made of fast-growing, easily moulded plants trained over frames. The frame remains as a permanent trimming guide, and can be stuffed with moss then planted, or placed around pre-existing shrubbery. This style was first introduced to Disneyland in America, where cartoon characters were created in topiary-form to capture the imagination of visitors to the park.

The appreciation of portable topiary and mosaiculture (multiple types and styles of planting to create a mosaic-like, living sculpture) has continued to the present day, with impressive examples such as the 2008 Summer Olympics in China, and entries of modern topiary art to the Philadelphia Flower Show each year. Interest in the revival of historic gardens has led to traditional topiary being re-planted and maintained for the public to enjoy; an example of this is the parterre garden at the Château de Villandry, France.