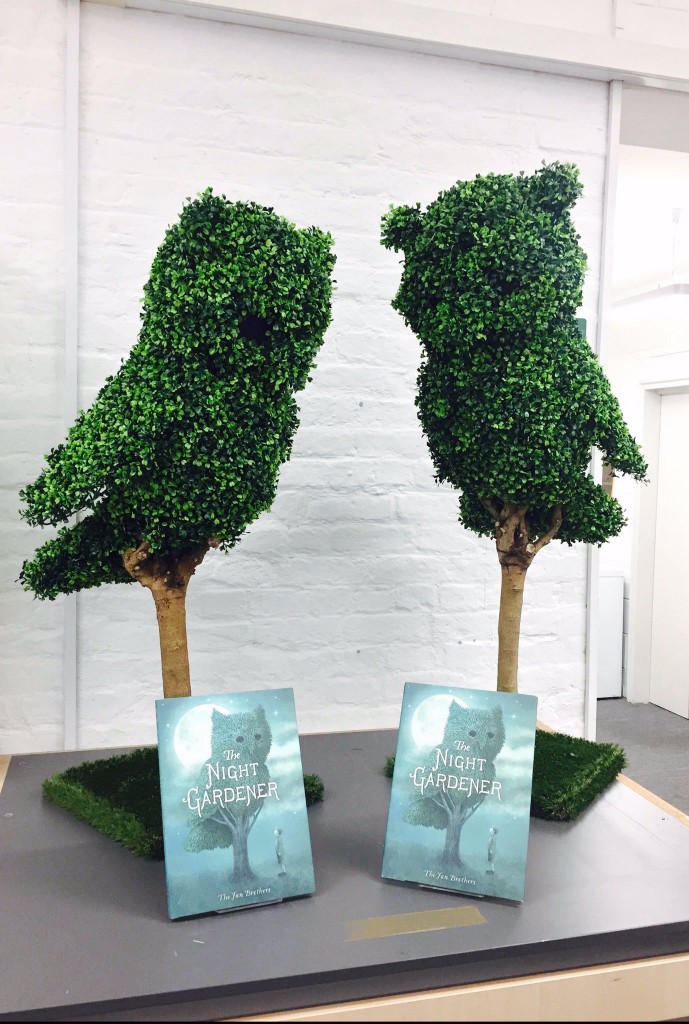 … that ‘The Night Gardener’ is a brilliant book. We were preening our feathers after being asked by Quarto Publishing to help them market this fantastic new addition to children’s literature.

The book tells the story of a topiary expert who transforms a miserable and grey street into a place of joy and colour by completing amazing topiaries by night while the street’s residents sleep.

The book’s cover features a beautiful owl, which Agrumi’s own topiary expert deftly copied in artificial Boxwood. This material was chosen over living plants because the figures would feature in the window displays of various popular London bookshops from the hardback launch at the beginning of 2017 to the paperback launch extending into 2018. 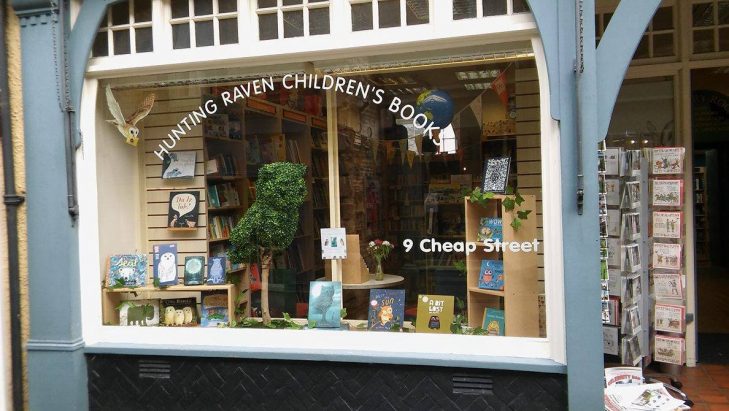 The figures would need little or no attention and would continue looking as good as the day they were made however long they were displayed and in however many different venues.

Commenting on the reception of the topiary owls at Quarto Head Office, Christopher Ransom said:

“They sent everyone in our office mad with excitement, and the likeness is amazing! Couldn’t be happier!” 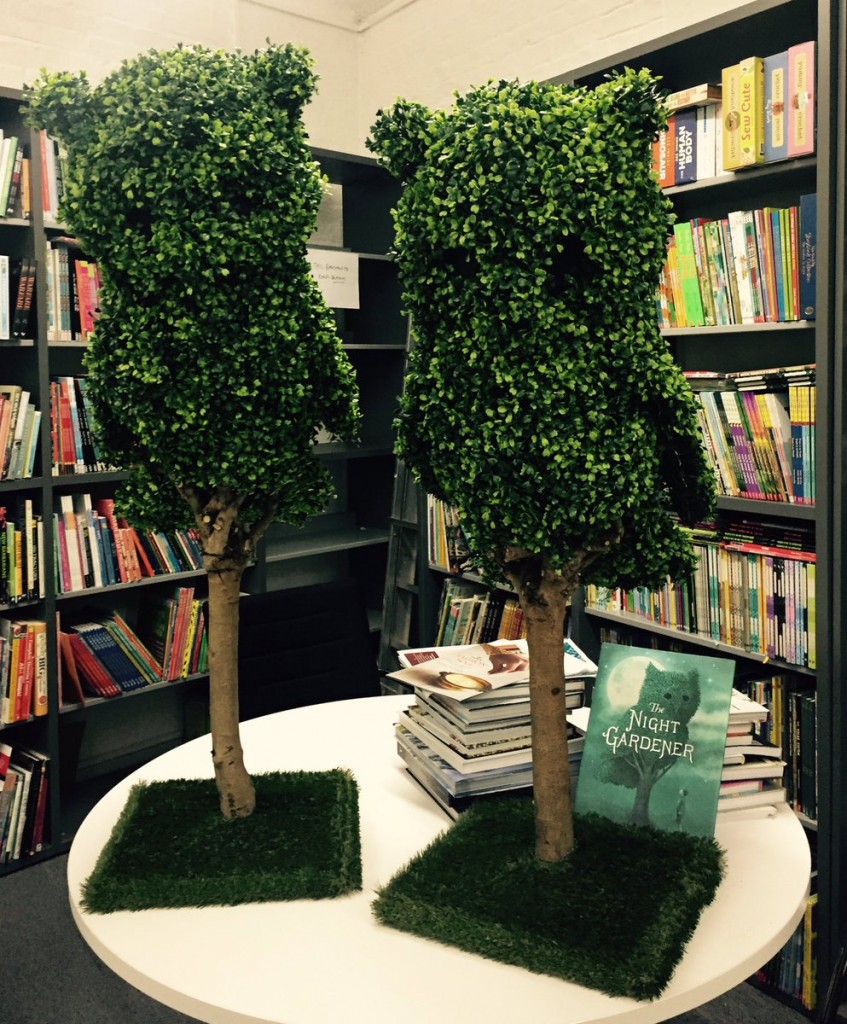 The Owls have arrived to Quarto HQ! So much excitement for @QuartoKids #TheNightGardener #Publishing #Owls #Books pic.twitter.com/KIsMoC3tTn

Meet the newest team member @QuartoKids the topiary owl inspired by The Night Gardener! Which is in the shop just waiting to be read pic.twitter.com/7icEZtkzWa